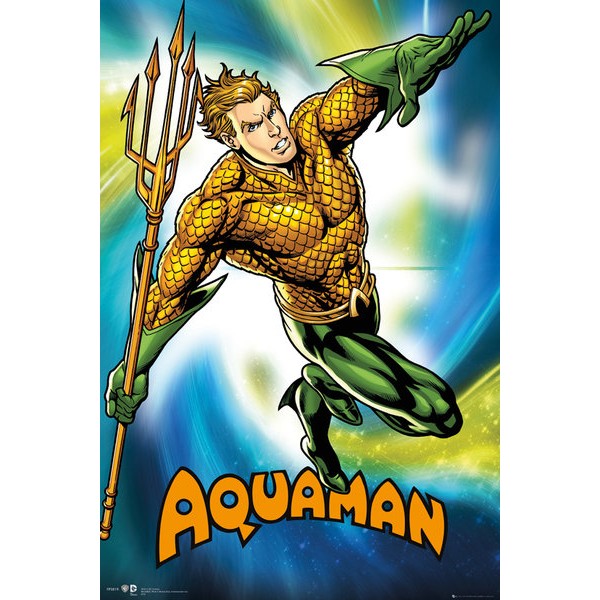 The character's original 1960s animated appearances left a lasting impression, making Aquaman widely recognized in popular culture. Jokes about his wholesome, weak portrayal in Super Friends and perceived feeble powers and abilities have been staples of comedy programs and stand-up routines, leading DC at several times to attempt to make the character edgier or more powerful in comic books. Modern comic book depictions have attempted to reconcile these various aspects of his public perception, casting Aquaman as serious and brooding, saddled with an ill reputation, and struggling to find a true role and purpose beyond his public side as a deposed king and a fallen hero.

Aquaman has been featured in several adaptations, first appearing in animated form in the 1967 The Superman/Aquaman Hour of Adventure and then in the related Super Friends program. Since then he has appeared in various animated productions, including prominent roles in the 2000s series Justice League Unlimited and Batman: The Brave and the Bold, as well as several DC Universe Animated Original Movies. Actor Alan Ritchson also portrayed the character in the live-action television show Smallville. Within the DC Extended Universe, American actor Jason Momoa portrayed the character in the films Batman v Superman: Dawn of Justice (2016) and Justice League (2017). Momoa will reprise his role in the upcoming solo film Aquaman, scheduled for release in 2018.