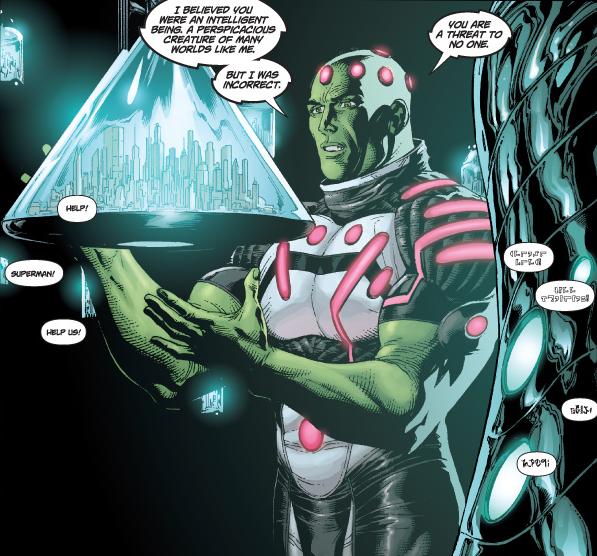 Brainiac is a fictional supervillain appearing in American comic books published by DC Comics, usually as an adversary of Superman, his second archenemy after Lex Luthor, and a frequent enemy of the Justice League.

Brainiac is typically depicted as an extraterrestrial cyborg or android. He is one of Superman's primary enemies, and is responsible for shrinking and stealing Kandor, the capital city of Superman's home planet Krypton. In some continuities, he is also responsible for Krypton's destruction. Due to multiple revisions of DC's continuity, several variations of Brainiac have appeared. Most incarnations of Brainiac depict him as a green-skinned being in humanoid form. He is bald, with a set of linked electrode-like objects (sometimes glowing) protruding from his skull.

His name is a portmanteau of the words brain and maniac. In 2009, Brainiac was ranked as IGN's 17th Greatest Comic Book Villain of All Time.