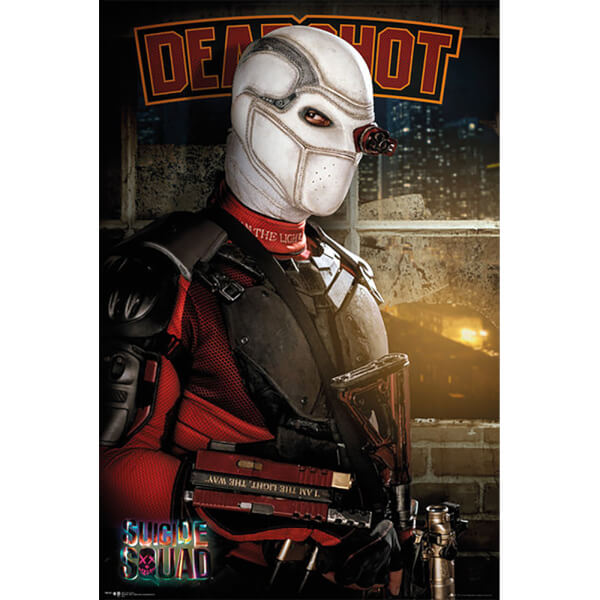 Deadshot (Floyd Lawton) is a fictional supervillain appearing in American comic books published by DC Comics. Created by David Vern Reed, Lew Schwartz, and Bob Kane, he first appeared in Batman #59 (June–July 1950). The character is an excellent sniper who regularly boasts of never missing a shot, and is often considered as one of the deadliest assassins in the DC Universe. Deadshot is an adversary of the superhero Batman and belongs to the collective of enemies that make up his rogues gallery. Though normally portrayed as a supervillain, he is sometimes depicted as an antihero.

IGN's ranked Deadshot as the 43rd Greatest Comic Book Villain of All Time in 2009. The character has appeared in various forms of media, like the television series Arrow played by Michael Rowe. He was most notably in the live-action 2016 film Suicide Squad, in which he is portrayed by actor Will Smith.