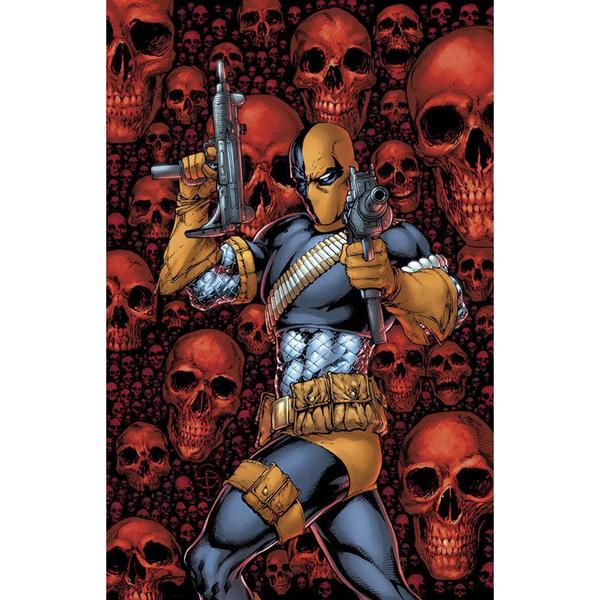 Deathstroke (Slade Joseph Wilson) is a fictional supervillain appearing in American comic books published by DC Comics. The character was created by Marv Wolfman and George Pérez. He is a mercenary and assassin who first appeared in The New Teen Titans #2 (December 1980). Wizard magazine rated him the 24th Greatest Villain of All Time, While, In 2009, Deathstroke was ranked as IGN's 32nd Greatest Comic Book Villain of All Time.

Though he is the archenemy of the Teen Titans, writers have developed him over the years as an adversary of other heroes in the DC Universe as well, including Batman and Green Arrow. The character has been substantially adapted from the comics into multiple forms of media, including several Batman-related projects and the Teen Titans animated series. He is portrayed on The CW's live-action TV series Arrow by Manu Bennett, and by Joe Manganiello in the feature films of the DC Extended Universe, beginning with a cameo in 2017's Justice League.