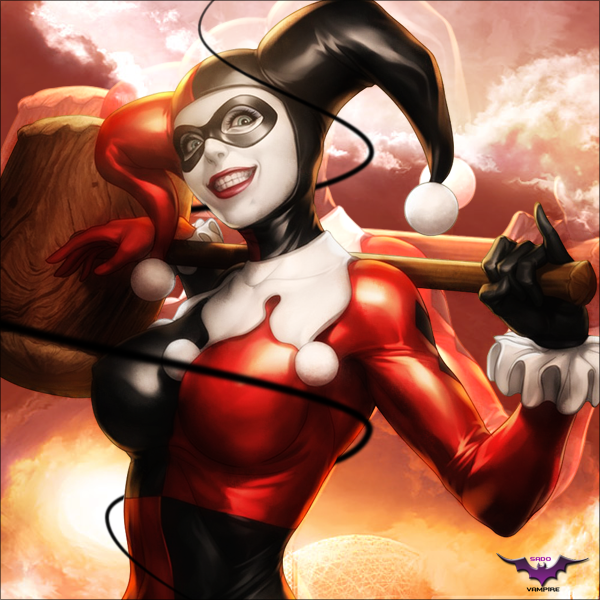 Harley Quinn (Harleen Frances Quinzel) is a fictional supervillain appearing in American comic books published by DC Comics. The character was created by Paul Dini and Bruce Timm, and first appeared in Batman: The Animated Series in September 1992. She later appeared in DC Comics's Batman comic books, with the character's first comic book appearance in The Batman Adventures #12 (September 1993).

Harley Quinn is the frequent accomplice and lover of the Joker, whom she met while working as a psychologist at Gotham City's Arkham Asylum, where the Joker was a patient. Her name is a play on the name "Harlequin", a character which originated in the commedia dell'arte. The character has occasionally been depicted as an antihero, and she has teamed up with fellow villains Catwoman and Poison Ivy, the latter serving as Quinn's close friend, recurring ally, and romantic interest. Harley Quinn has also been depicted as a member of the Suicide Squad.

The character was originally voiced by Arleen Sorkin in various tie-ins to the DC animated universe. Since then, she has also been voiced by Hynden Walch and Tara Strong in either DC Animated Showcases or in various video games. In the Birds of Prey television series, she was portrayed by actress Mia Sara. The character made her live-action cinematic debut in the 2016 film Suicide Squad, portrayed by Margot Robbie.