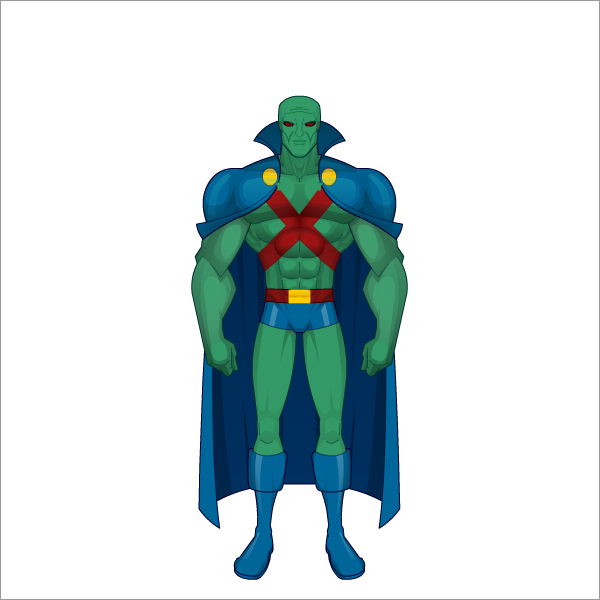 The Martian Manhunter (J'onn J'onzz) is a fictional superhero appearing in American comic books published by DC Comics. Created by writer Joseph Samachson and designed by artist Joe Certa, the character first appeared in the story "The Manhunter from Mars" in Detective Comics #225 (Nov. 1955). Martian Manhunter is one of the seven original members of the Justice League of America and one of the most powerful beings in the DC Universe.

J'onzz has featured in other DC Comics-endorsed products, such as video games, television series, animated films, and merchandise like action figures and trading cards. The character was ranked #43 on IGN's greatest comic book hero list.[1] J'onzz was played by David Ogden Stiers in the 1997 Justice League of America live-action television pilot. Phil Morris also portrayed him in the television series Smallville. David Harewood portrays a human form of Martian Manhunter on Supergirl.